“Fun Exciting Read. This story has it all, a young woman who becomes a super hero: A super villain, mysterious boyfriend from another planet, conflict between good and evil, and trying to do the right thing helping others.”

“Fun and fascinating! This is a fun, supernatural adventure that takes readers into a new realm of super heroes and adventure.”

“Star power. Wow, great story. I was hooked from the beginning.”

“Why do I have to stay at the farm?” Estelle Wright grumbled, toying with a slice of buttered toast. “I’d rather be at home in Atalanta.”
“No more arguing!” Mom snapped, slamming the dishwasher closed. “I don’t want you to get in trouble while your dad and I are away. No running about with that awful boy with the steel earrings.”
“Sheesh, Mom! I haven’t seen him for months.” Estelle pouted. Mom had caught her kissing the goth boy in the local gang and had punished her with a six pm curfew for two weeks. Pressing her fingers to her lips, Estelle hid a thrill of amusement. Mom had no clue how often she sneaked out her bedroom window at night.
Wiping crumbs from the kitchen counter, Mom continued her rant, “And your friend Diane will drag you into some prank.”
“Diane’s away. She’s traveling through Europe for the summer.” Estelle heaved a sigh of regret. “She’s so lucky. I’d love to do something exciting.”
“Diane’s parents can afford to pay for her holiday. Our funds will be stretched sending you to Goldman University in the fall.”
“Yeah, I know.” Estelle and her two best friends, Diane Stewart and Veena Chandra, had been accepted into the top local college. Changing her tactic, Estelle asked, “Can’t I go with you and help Granny?”
“You’d be bored silly.” Mom groaned, “Tons of paperwork and sorting through all her belongings. But, I’m glad she decided to move into a retirement home. The old house is getting too much for her. Anyway, you’ll enjoy living at my brother’s place in the country. You love animals, and helping on the farm will be an asset if you want to become a vet.”
Dad wandered into the kitchen, carrying his empty coffee cup. “What’s the matter, Laura?”
Throwing up her hands, Mom exclaimed, “Estelle is whining again. She wants to stay home instead of going to Maisie and Andy’s farm.”
Slipping his arm around his wife, Dad said, “You’re only seventeen, Estelle, and while you’re living with us, you must obey our rules. I’ll drive you to the train station this afternoon.” He had a way of silencing arguments, although he made impartial decisions and did not always agree with his wife.
“Okay, I’ll finish packing.” Estelle stifled a groan of complaint and escaped upstairs to her bedroom. Stewing with resentment, she imagined four weeks in the sweltering summer on the farm with its smelly pigs and chickens. She stuffed shorts and T-shirts into a backpack, unaware of the excitement brewing in the back streets of the city.

“This is how we found her.” The city trooper gestured at the woman’s body sprawled on the grass behind the dumpster. “Nobody’s moved the body. We’ve taken all the photos. A purse was found eight feet from the body. No evidence anything was removed. Cash, credit cards, license, phone still inside.”


Frowning at the expression of terror frozen on the dead woman’s face, Inspector Parkins said, “Not a simple theft turned ugly.”


“When was the body found?” Parkins asked.


Consulting his notes out of habit rather than necessity, the policeman said, “A passerby called at 9:15 am. Man toting a bag of trash to the dumpster. The dispatcher sent me here immediately and I called your office when I saw the wounds.”


His face glistening with perspiration, he offered an opinion, “Body’s stiff. She’s been dead several hours.” Looking straight ahead, the officer quoted from the forensic textbook. “Presumed cause of death is a severed carotid artery.”


Inspector Parkins nodded. “I’ll wait for the report from Pathology.” He crouched on one knee to examine the corpse. Her skin was flaccid and dry. Blood had gushed from her neck, leaving red streaks on her pink shirt. He did not bother to touch the body. The skin temperature would hold no clues in the sultry heat of the Atalanta summer. Parkins grimaced. The irregular gash across her throat was horribly familiar.


Glancing at the officer, he noted the name on his badge. “Look at her neck, Trooper Cagle. Seen anything like it before?”


With a grunt to acknowledge the Inspector’s request, Cagle leaned over the body and frowned. “It’s strange, now you mention it. I didn’t notice at first. The cut appears to have been made by a weapon with a serrated edge. I’ve never seen a knife with serrations that big.” He stared at the Inspector in alarm and whispered, “What is it?”


“Wish I knew.” Standing up, Parkins made a fast decision, warning, “Keep an eye on the streets. I’ll file a request for more troopers on night patrol. This death is the second case I’ve seen in the last three weeks with the same type of injury on the neck.” He glowered at the startled officer. “We may be looking for a serial killer.”


“A serial killer,” Cagle repeated slowly. He shook his head and murmured, “With that weird slash, it may be time to call in the Secret Supers.”


The trooper tilted his head and asked, “How long have you been in the city, Inspector?”


“Six weeks on Monday,” Parkins replied, running his fingers through his thinning hair. His thoughts were elsewhere. He stepped aside and beckoned to the ambulance crew waiting with a stretcher. “Take her to the morgue. I’m ordering an autopsy.”


Suppressing a shudder, Parkins guessed what the medical examiner would find. A body drained of blood like the first murder case. Not a normal killer. He could imagine the careful wording of the official police reports for public consumption. Maybe they did need the Secret Supers. Whoever, or whatever, they were.


On the evening of the same day, about a hundred miles from Atalanta, Estelle lounged in the darkened living room with her aunt, watching TV as the sole entertainment in the old farmhouse. She anticipated a boring, uneventful summer on her uncle’s farm. Aunt Maisie sat in the rocking chair, staring at the ten o’clock news, while she knitted a sock for her eldest daughter’s new baby. Curled in an armchair, Estelle stifled a yawn and wondered what Veena and Diane were doing. Almost certainly, they had more exciting plans than staring at TV.
During the commercials, Aunt Maisie made sporadic comments. “It’s a shame your Granny has to move into one of those retirement places. Still, she shouldn’t be living alone at her age. Why, she must be over eighty.” She paused and looked at Estelle.
Answering her unspoken question, Estelle muttered, “She’s eighty-two.”
“Laura and Steve will have plenty of work, moving your Granny’s stuff and tidying the old house for sale.”
“I wanted to help,” Estelle grumbled. Mom and Dad had rejected her offer to help. Instead, they had dumped her at the farm for the summer. She’d never forgive them.
“You’re better off here than staying home by yourself,” Aunt Maisie said brightly. “I enjoy the company and you’re good with the animals.”
Estelle was silent. Her parents didn’t trust her to stay in the house alone, even though she was almost eighteen and would start university in the fall. Dad wasn’t so bad, but Mom was awful strict. Mom would ground Estelle for a week if she came home five minutes later than her curfew. What a nag!
The Atalanta skyline flashed on the TV and drew her attention to the news. The reporter’s voice switched to serious, very serious. “This morning, another dead woman was discovered on the streets near Goldman University. The young woman was assaulted with a sharp weapon. Reports claim the injuries were the same as for the last death. Police are warning of a new serial killer. They advise people to avoid the back streets at night.” The TV screen showed the map with two red dots marking the places where the bodies had been found.
“Look at that, Estelle!” Aunt Maisie’s voice was shrill with alarm. “Those poor girls were killed right near your university. Two of them so far. I hope they find the killer before your classes start.”
“Horrible!” A cold shiver crept down the back of Estelle’s neck. Would a psychopath be lurking in the shadows when she walked home at night? Swallowing her fears, she faked confidence. “I’ll be fine. My classes don’t start until next month and they’ll have found the killer by then.” Firming her chin, she said, “I won’t let some crazy killer stop me going to college.” She had to prove her independence if she wanted to move into a dorm room instead of staying at home next year.
Placing her knitting on her lap, Aunt Maisie blinked for a moment, before saying, “Your Mom will complain, though I think you’re right. Laura fusses too much. City streets are never safe. Watch out for trouble, but carry on with your life. That’s what I always say.”
Estelle smiled. She liked her aunt. Maisie Dawson was a placid, cheerful woman with an occasional acute insight. 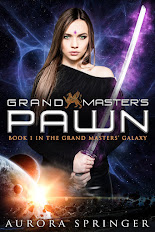 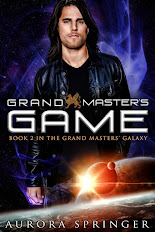 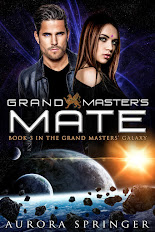 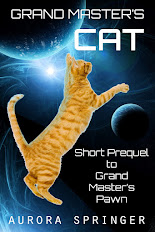 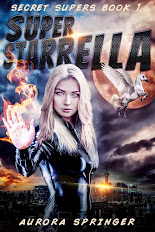 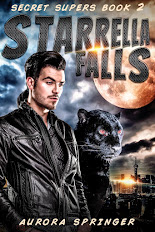 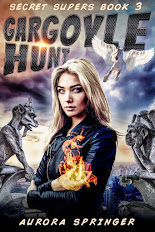 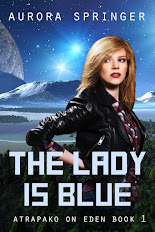 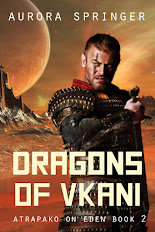 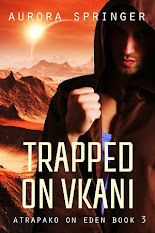 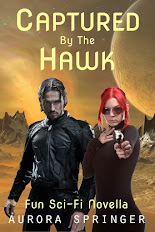 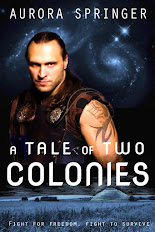 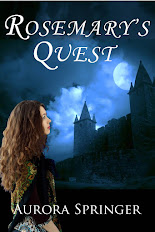