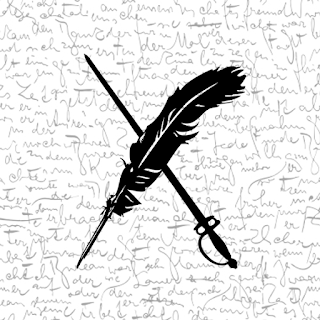 Welcome to another Sunday with Weekend Writing Warriors. Here, writers in different genres showcase their stories with 8-10 sentences. Join the fun and read our snippets. 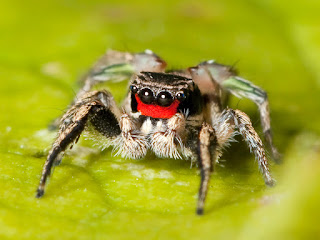 Massive creatures bounded through the airlock door. Twice the size of a man, they were a nightmare cross of spider and wasp with eight legs, stubby wings, yellow and black stripes, and huge mandibles like a pair of scythes. One hurtled straight at Violet, jaws open like giant scissors.


She dodged aside too late; her attacker jammed her neck in its pincers and dragged her off her feet. She swung from its mandibles, her hands and feet struggling for purchase on its hard carapace. An acid odor filled the air and the enormous head loomed over her face, eight giant eyes next to hers.


Energized by terror, Violet grabbed hold of one pincer and scraped her fingernails across the nearest eyes. The spider-wasp jerked violently, flinging Violet’s body from side to side. Biting back the pain, she clawed at another eye and twisted her legs, bracing her knees against the base of its fore limbs. The jaws held firm on her neck; she was stuck. 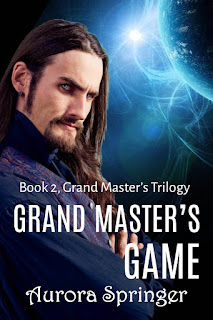 As always, your comments are welcome.


Please return to www.wewriwa.com to sample the works of the other writers.

Welcome to another Saturday of Science Fiction & Fantasy and read snippets exchanged by several writers. http://scififansat.blogspot.com/
This week, I’ve switched stories to give you a seasonal snippet from Grand Master’s Game.

Violet stood on a yielding surface inside a cavity not much larger than her body. A circle of gray worms wriggled at the periphery of the space. She shuddered and winged a shout for help. Where was Athanor when she needed him?


The gray worms writhed and the cavity contracted around her. Violet bit back a scream as the surface wobbled under her feet. Insight slammed into her mind; she was trapped in the giant maw of a monster and the worms were tentacles around its mouth.


She staggered, slipping inexorably down its throat. Desperate to stop her descent, she dropped the laser and grabbed the snaky tendrils. The light of the laser spiraled down the open gullet and vanished. Grimly determined, Violet hung to the slippery tentacles and speared psi energy into the hungry mind. The monstrous body thrashed in agony, spitting Violet out of its mouth.


Yelling wildly, Violet burst from the sands and shot high into the air. Strong arms caught her. “Where were you?” she demanded angrily.

Please return to http://scififansat.blogspot.com/ and read the other snippets.
Your comments are welcome as always.

Meet Jess
My dog Jess wanted to be in my first published novel, (Saving Casey was originally published in late 2012, as my very first novel. I have my rights to the book back, so I am republishing it, now as my 18th book.)  However, when Jess discovered that she would be dying with my heroine, Cass, at the end of chapter one, she was NOT a happy camper. I assured her that she would come back. I had originally planned for her to come back WITH my heroine, but honestly that seemed to be a stretch. First of all, the hospital would have a fit if a puppy appeared in Cass’s room and if Jess appeared at their mansion, Terra Trauma, the butler would have had it sent to the pound.  So I decided Jess would spend a life with someone else, then I’d bring him back in the Epilogue as an adorable small pup.

I also made Jess a boy in the book. Jess doesn’t mind, for she’s a tom dog.  (That’s like a ‘tom boy’ for girls). She raises her leg to piss, just like male dogs do. She’s even been known to climb on the back of a little bull dog and hump. So I’m thinking in a previous life, Jess was a boy dog, and that’s why she didn’t complain when I made her a boy. The reason I made her a boy was to improve the flow and understanding when Cass (female) would talk about her dog.  It saved me from the confusion of having ‘she’ references for both my heroine and the dog.
Clearly book Jess had another life while Cass struggled with her situation, but what type of life was it?
Jess and I discussed the matter. She demanded I make her a German shepherd or a dire wolf. Since the latter is extinct, we settled on a German shepherd. If you remove any hints of size, she does sort of look like a German shepherd mix.  However, if you put a ruler to her side, the illusion crumbles. The one foot ruler only needs another inch to reach her back height.
But otherwise she resembles a blonde German Shepard, so the yet to be written back story is that while Cass was struggling to survive her new life, Jess was a bomb dog for the army. Unlike many dogs, she can actually understand the English language and can read a person’s emotions, so she manages to save her dog handler countless times and keep him safe through his tour. They did such a good job, he was allowed to keep Jess when he returned to the states. She had a good life with him and his family, saved his son on many occasions. The boy had a penchant for finding trouble, but she managed to keep him alive while he grew up. And when Jess died of old age, no one cried harder than the young man.
Still, Jess missed his Cass, and this time when he arrived in heaven he convinced the angels that Cass deserved a better life, and if they’d just get him in close proximity to the only man Cass had ever loved, he could bring home the bacon.  Next thing, he woke up in a box of puppies in the break room of some corporation. Before the wrong person grabbed him up, he escaped the box and snuck off, in search of a man he’s never met. How on earth would he find the right guy? Then passing a door he heard Cass’s name spoken. A young woman was telling a ruggedly handsome guy of Cass’s struggles. This was the fellow! Now Jess just had to convince him to grab the pup at his feet before he headed off to find Cass… but could he do that? 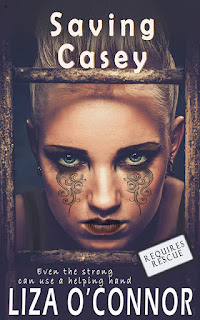 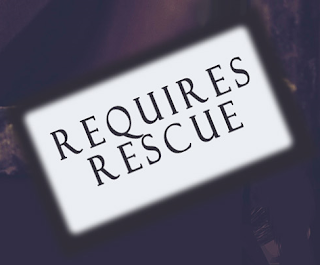 Blurb
When 80 year old Cass Goldman learns she has inoperable cancer, she decides to end her life, peacefully on her terms. So imagine her horror when she wakes to find herself in a hospital with strange rich people staring at her. It’s not until the doctor arrives to examine her that she realizes she’s no longer old. She’s in the body of a seventeen year old teen named Casey.
Unfortunately, her new body comes with some serious baggage. First of all, the kid has burned every bridge imaginable. Secondly, those ‘people’ in her room are her outrageously rich parents and while the Dad seems friendly, the mother wants nothing to do with her. The moment they take her home to a horrifically huge mansion, which she dubs Tara, she’s abandoned to the care of the butler.
While Cass is determined to turn this train wreck of a life around, doing so is far harder than she expected. In fact, without help, she’ll end up dead just like the last occupant of this body. Thankfully, her dad has his hunky head of security become her body guard. Between her eighty years of life lessons and hunky Troy’s help, she just might live long enough not to be jail bait.

EXCERPT
Something soft and warm settled in Cass’s lap. At first she thought Troy had rested his hand next to hers, wanting her to make the first move, but she didn’t recall Troy’s hand being soft and furry.
Looking down, Cass gasped at the small brown puppy in her lap. Its black muzzle and black tipped ears made it the spitting image of Jess as a pup.
She hadn’t realized how much she missed her dog from her prior life until this instant. Tears of joy and anguish overwhelmed her as she gathered the tiny handful of fur into her hands and kissed its sweet face. In return, it licked her hand with its black tongue.
Her mouth opened in shock. Has Jess somehow finagled his way back to me?
“Where’d you get him?”
“At work. I’d just learned Dan has been lying to me about how you were doing. As I typed my resignation on the computer, I felt something climb on my shoe. I looked down and saw this little guy.”
“How did a tiny puppy get in your office?”
“I still don’t know how he managed to travel so far. However, his litter mates resided in the break room in a box with a sign saying, Free Pups, Part Shiba Inu, part Mystery.”
The same as Jess.
“He has a black tongue, did you notice?” he asked.
She kissed Jess’s nose. “I did.”
Troy sat beside her and leaned in to tease Jess’ mouth open, but the pup stubbornly resisted. So like Jess. Was it possible? What had happened to her wasn’t possible. Could the impossible happen twice?
Was this her reward for turning Casey’s life around and helping others?

ABOUT THE AUTHOR
Liza O’Connor is a nut.
Not a real nut, but she is prone to being a smart ass at times, and not surprisingly her heroines say odd and inappropriate things in her book, as well. So even in a suspense novel you can expect to laugh along the way. That’s because Liza loves to see humor in the crazy world around her.
Saving Casey was actually the first book Liza published. Having recently reclaimed her rights to the book, she is happily re-publishing it as her 18th book. And because her books sell better when in a series, she using Saving Casey to kick of a new series called Requires Rescue. It will be different from her other series where the same characters show up in each book. This series will be about strong women who are trying to go it alone, only when help is offered, they have the good sense to accept the helping hand, because in all of our lives, there will come a time you need someone else to help you. Being strong doesn’t make us invincible. Book 1 is Casey/Cass’ story. Book 2 will be about an entirely different young woman who desperately needs help before she’s murdered on the streets of NYC. Book 3, well the plot is super unique, and more books will follow.
You’ll be able to read the series in any order you want, but in each case, you’ll have a strong young woman, a guy stepping up to help when no one else does, and danger galore with humor stuffed in anywhere I can.
I hope you’ll come along with me so you can laugh, love, and get revenge.

FOR MORE INFORMATION ABOUT
LIZA O'CONNOR