Kill them! Snippet from Cosmic Rift for #WeWriWa #SciFi Adventure

Blurb
Empath Violet embarks on a new and desperate mission to find her missing lover.
Violet’s happy family is shattered when Athanor Griffin vanishes. The formidable Grand Master might have teleported anywhere in the galaxy. Violet strives to find her psychic partner, while looking after their baby and fulfilling his duties on the Council. Her frantic search uncovers a new threat to galactic civilization along with resurgence of the infamous Ixioth slavers. The Council dithers in response to her call for action, and even her former allies believe the Griffin is dead. She must risk her son, her psi-powers, and her life to rescue her beloved mate in the hope they can unite to fight the menace.

You can read last week’s snippet here: http://auroraspringer.blogspot.com/2017/06/amarylla-threeleaf-snippet-from-cosmic.html
I’ve skipped ahead to a new scene and new characters. In her search for Athanor, Violet visits the next place on his agenda, the planet of Ravaleen, Meilai of Marina. Violet learns of explosions and a possible attack on a southern island. She and Ravaleen teleport there to investigate.
Apologies for creative punctuation to fit into 10 sentences.

They emerged on a beach of tawny sand; fragments of shell littered the shore from the tideline above the lapping waves to the base of the craggy cliffs further inland. A line of people trudged toward a spaceship, poised ready for blastoff. Six-legged aliens with glossy black carapaces scuttled alongside the line of thin, hunched figures, the blue-hued inhabitants of the islands.
Shielding quickly, Violet flung a cloak of invisibility over herself and Ravaleen. Her swift action worked as far as she could tell, no one looked at them or raised an alarm. A small figure caught her attention by the dazed torment of her mind and wobbly legs; the scrawny girl stumbled and fell. The nearest alien lashed an energy whip at the cringing child; whimpering, the girl scrambled back into the line, her pain and misery seared into Violet, hardening her resolve to save them.
“What are they?” Ravaleen whispered, tilting her dainty chin at the slave masters.
“Voids!” Violet swore, “I’ve seen their hellish kin in Athanor’s memories; they’re Ixioth slavers.”
Her tone rising in fury, Ravaleen hissed, “Kill them!”

Now you have met one of the key antagonists in this story, adding a further impetus to Violet’s search. 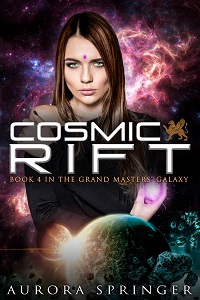 Cosmic Rift, Book 4 in the Grand Masters’ Galaxy is on pre-order for $2.99 and releases on June 23rd at: Amazon  iBooks  Kobo  B&N

To encourage new readers of this series, Grand Master's Trilogy, the boxset of Books 1-3 is discounted to $2.99 through this weekend. 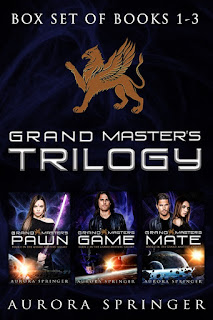 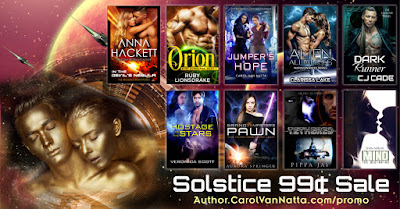 I may have to skip the next two weekends since I’ll be in the UK visiting my family and possibly without internet for a few days.

As always, I’ll be happy to reply to your comments.


Please return to www.wewriwa.com to sample the works of the other writers.

Posted by Aurora Springer at 7:47 AM