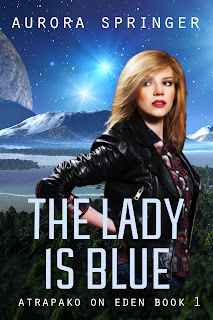 Dr. Lucy Stannis leads a quiet life as the chief biologist on the isolated planet of Eden until an alien spaceship arrives. Undaunted by the scaled bodies and sharp claws of the formidable Atrapako, Lucy befriends their leader, Sa Kamizan Veedak. But, her hopes for studying the aliens are frustrated when they refuse to cooperate.
Sa Kamizan is desperate to find a haven for his exiled people. After the terrible voyage from their desolate homeland, he cannot permit the puny humans to scuttle his plans to settle on the fertile planet. After meeting the beautiful Dr Stannis, he must rethink his devious scheme. Her skills astound him at every new challenge, but he cannot claim her without revealing the Atrapako secret.
Conflicts between the unemotional aliens and the lively humans threaten the entire colony. Can Lucy and Sa Kamizan learn to work together to save his people and the human colonists or must they part forever? 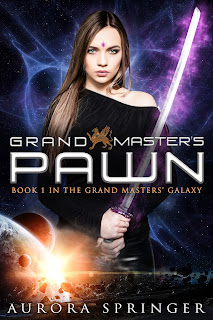 Young empath, Violet Hunter, dreams of exploring exotic planets as a Grand Master’s pawn. Breaks in the teleportal network threaten countless lives, and suspicions point to the twelve Grand Masters. Violet must penetrate their curtain of secrecy to identify the culprit. Her challenges escalate when she meets the enigmatic man behind the griffin avatar. She plunges into a world of deadly intrigues and risks a perilous love. Armed with only her erratic powers and a mishmash of allies, she must battle the most powerful beings in the galaxy.
Enter a universe where psychic powers are real. Explore space and meet alien creatures that slither, rattle and fly. 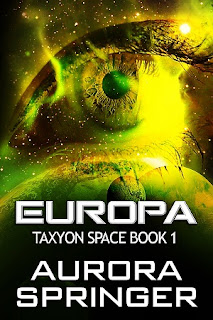 Dr. Nikki Bell’s plan to discover intelligent life on Jupiter’s moon hits a rocky start when her spaceship crashes on the icy surface of Europa. Seconds before she blacks out, she spies a man’s face in the water beneath the ice. When she wakes on the submarine Station, nobody believes her story. Convinced the mysterious stranger saved her life, Nikki searches for him while she explores the ocean and its alien inhabitants.
Kiron Arqin Ramis chose exile as a Watcher on a remote outpost to redeem his family’s honor. He never expected to find an attractive Earther woman close to death. He violates the prime policy by rescuing her. Despite suffering the penalty, he strives to warn her about his hostile leaders.
Nikki’s unexpected meeting with Kiron triggers a chain of disasters in Europa’s perilous oceans. Can the daredevil scientist and scarred Watcher forge a new alliance despite their people’s antagonism? 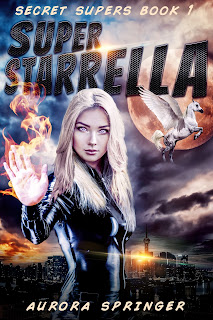 The quiet summer before her freshman year turns frighteningly weird after Estelle Wright trespasses onto an Army base. Blown into the air and knocked unconscious, she wakes with a nascent superpower. Not to mention a winged horse with a snarky attitude and a mind of her own.
Back home in Atalanta, a serial killer is targeting the students at Goldman University. Before long she must juggle college classes with sneaking out of the house after dark to battle alien monsters. Estelle’s life is in danger, but who can she trust: handsome Mark Copper from military intelligence, or hunky Toby, the tough gangster with a motorbike? Both men have secret agendas, but falling in love is not in their plans.
Young adult superheroes, quirky animal sidekicks, and a dash of romance enliven this thrilling adventure. Book 1 of the Secret Supers. 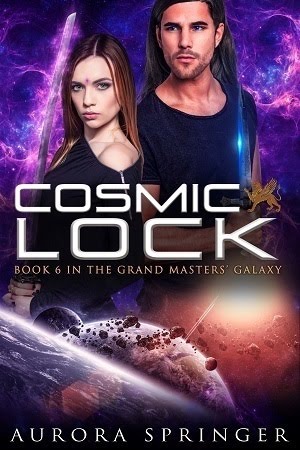