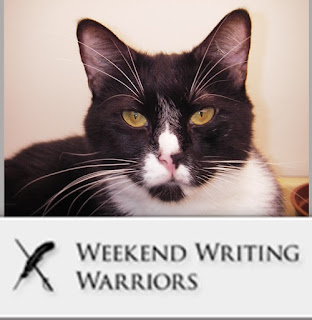 My new Sci-Fi Romance, Lured by the Lion, released last Wednesday. This story is part of a new series, Second Chances in Space, with standalone stories about space pirates, spies and second chances for romance.

Relevant background: Josie, a taser-toting captain of a small spacecraft, has flown to another planet to visit her aunt. She meets Penelope Horlis, a schoolfriend of her younger sister, and her father, Leonardo Horlis, a widower still mourning his deceased wife (according to his daughter). The Horlises are unusual. They are Felicines and have characteristic thick fur like cats. Josie is having lunch with them.

In last week’s except, Mr Horlis learns that Josie has also lost her spouse. You can read the excerpt at: https://auroraspringer.blogspot.com/2022/04/y-cats-excerpt-from-lured-by-lion-for.html

Horlis spoke the last lines: “Forgive me. I did not realize you had endured a loss as great as mine.”

Involuntarily, she touched the top of her tunic concealing her wedding ring, which she wore on a chain around her neck. “It’s been tough, but we had a schedule to complete, deliveries to make. I had little time to mope about my loss.”

Horlis withdrew his hand and twisted the ruby ring around his finger. He seemed to be mulling over her words.

Did he suspect she was disparaging his lingering grief? Had she offended him? She groaned inwardly. What was wrong with her? Blathering about cats and moping about lost loves.

The bit about not moping was purely a dig at him and not really true. She had suffered months of aching grief and sleepless nights. Her anguish had lost its initial intensity in the numbing blur of subsequent events. In a flash of clarity, she knew what was wrong. Her tongue was out-pacing her thoughts from nervousness because she sat opposite him with their knees almost touching. Leonardo Horlis was incredibly attractive, more attractive than any man since Jim. Yet, how could she pursue an intimate friendship with a man barricaded by an impenetrable misery? She could not hope to compete with his beloved dead wife. 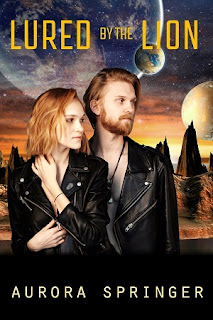 Widow with a spaceship meets widower with a dangerous secret.

A chance encounter with the crippled Leonardo Horlis changes her future. Horlis suffers from a debilitating malady and expects to live for less than a year. Josie is strongly attracted to him, yet she cannot hope to compete with his beautiful dead wife, whose portrait dominates his house and his memories. Sympathizing with his grief and illness, Josie offers to transport him in her spaceship to the top medical center of the ultracivilized inner planets.

Their attraction intensifies in the cramped quarters of her spaceship. But, Leo has a dangerous secret that threatens to terminate their voyage and their lives. Can Josie and Leo escape the perils and vanquish the ghosts of their past to find happiness together? 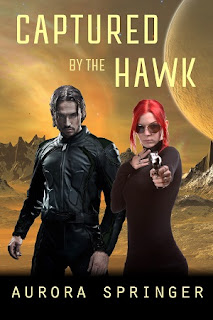 The first book in this new series, Captured by the Hawk, is a fun and fast-paced space opera. An intrepid Irish spy is captured by the notorious space pirate, Captain Hawk, a widower with a tragic secret.

Posted by Aurora Springer at 9:20 AM

Email ThisBlogThis!Share to TwitterShare to FacebookShare to Pinterest
Labels: Lured by the Lion