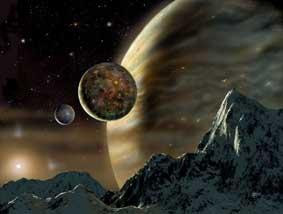 The alien Atrapako inhabit the planet of Vkani in the outer fringes of the galaxy. Their planet was not discovered until recently since its sun is obscured by a dust cloud from much of the galaxy. A thousand years ago, Atrapako civilization was destroyed when the planet suffered a catastrophe. The survivors changed. They developed a culture suited for the environment on their planet, harsh, hostile and unforgiving. 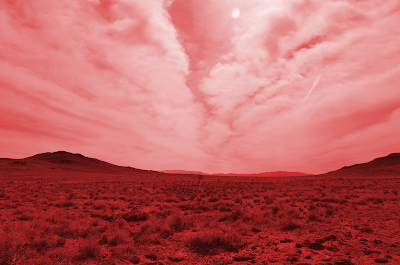 Physically, Atrapako are bulky humanoids because of the heavy gravity on their native planet. They are covered in thick scales with protective ridges down their noses and along the length of their torsos. They have crests of stiff spines and curved claws on their hands and feet. They rarely wear shoes and their toe claws click when they walk on hard surfaces.
Atrapako have a rigid class system and their scales are colored according to their class.
Blues are the dominating leaders. They scheme for power and expect instant obedience from the other classes.
Greens are the technologists, scientists, and mechanics.
Reds are strong and massive. They are soldiers and laborers and rarely speak. They have no names as far as the other classes are concerned.
Yellows are the children and anyone not included in the other three classes. For instance, an artist would be a Yellow since art is an undervalued talent, unnecessary for survival on Vkani. 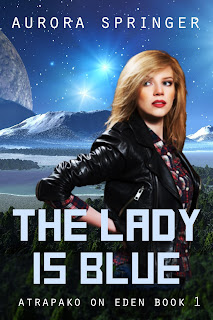 The story of what happened when the Atrapako first meet humans is told in Book 1, The Lady is Blue. A spaceship of Atrapako escaping from the hostilities on their native planet is forced to land on the planet of Eden. The Atrapako are sick and their ship is falling apart. The friendly human colonists on Eden are thrilled to meet aliens, while the Atrapako believe the humans are weak and emotional.
Eden is a true paradise and the human colonists enjoy parties and a variety of intellectual and physical pursuits. They are sure to clash with the rigid society of  Atrapako. Dr. Lucy Stannis, one of the top scientists on Eden, befriends the Blue, Sa Kamizan Veedak, who led the Atrapako in the spaceship. Time after time, he is surprised by her intelligent insights and fighting skills. After combating assassination attempts and rebellions, Lucy and Sa Kamizan find a solution to the conflict between the two cultures. 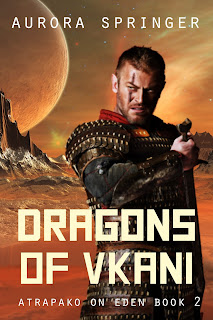 The continents of Vkani have arid deserts and rugged mountains. Sandstorms scour the dry lands and thunderstorms blast the mountains. The larger life forms are reptilian, such as the dragon lizards and pterodactyl-like flying predators described in Book 2, Dragons of Vkani. No life can survive in the lethal Deadlands.
Atrapako life is barbaric and ruled by the threat of attack by marauders or a major battle. There are few cities, full of miserable slums, because of the almost constant wars. High ranked Blues live in fortresses in the mountains or underground.
The history and origin of the Atrapako are probed in “Dragons of Vkani” when a human spaceship brings a mixed group of human scientists and Atrapako to rescue the families of the Atrapako on Eden. 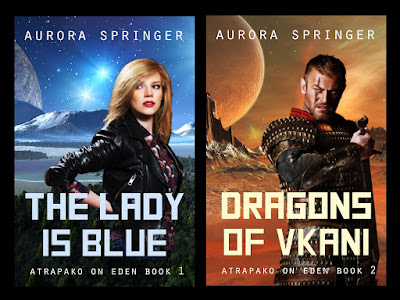 Posted by Aurora Springer at 8:50 PM

Email ThisBlogThis!Share to TwitterShare to FacebookShare to Pinterest
Labels: Atrapako on Eden, Dragons of Vkani, science fiction romance, the Lady is Blue