Welcome to another Sunday with WeekendWriting Warriors. Meet writers in various genres and read 8-10 sentence snippets of their stories. Find a new author and sample their work. Enjoy!

Thanks for your encouraging comments on the beginning of my new story, Cosmic Lock, the 6th book in the Grand Masters’ Galaxy. I have already added a little to explain the characters. Even though I expect most people to have read the earlier books in the series, a reminder might be useful.
This series stars Violet Hunter and Athanor Griffin. In the Cosmic Trilogy, books 4-6, they are both Grand Masters with immense powers, including teleporting interstellar distances. By this time, their son, Varan, is about 13-months old. They had left him in the care of their old tutor, the White Mother Tingu, while they crossed the Cosmic Rift to rescue some abducted children.


You can read last week’s snippet at https://auroraspringer.blogspot.com/2020/02/flames-snippet-from-cosmic-lock-for.html
This snippet follows the previous one with minor punctuation changes to fit. Athanor speaks first, or rather transmits a mental message, and Violet replies in the same manner.

Feb 16:
“If you’ll teleport to Tingu’s cottage and secure our son, I’ll reopen the portal.”
“Instantly,” she focused on the familiar white-walled cottage, tapped her enhancer and spun into the eerie whirlwinds of the quantum vortices.
She popped into normal space by the white picket fence; the gate swung on its hinges, squeaking in a blustery gale. Dense gray smoke and orange flames exploded from the thatched roof of the cottage. The roses climbing over the porch had shriveled into ashes, and as she watched in horror, fragments of window glass shattered onto the flagstone path.
“Varan,” she yelled, “Mother Tingu, where are you?”
No reply; only the crackle of fire and hot gusts of wind battering against her body. Had she fulfilled her promise to rescue the children of Cinerea at the expense of her son’s life?
Despair darkened her mind; her baby son was dead, burned by the fire. She teetered on the edge of a black precipice; the abyss beckoned; she fell. 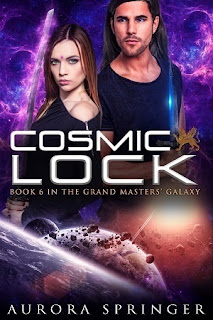 Grand Masters Violet and Athanor Griffin return from beyond the Cosmic Rift with two shiploads of rescued children and escaped slaves, but their enemies have not been idle in their absence. Avalon is in flames and their little son is missing. Finding him may be the easiest problem for the powerful couple. They must unite the fractious Grand Masters, stop the bloodsucking Ixioths from enslaving sentients, and seal the Rift to prevent new incursions of the vindictive Nulls. Can they overcome the challenges and secure peace for the galaxy?

Currently, I have special discounts on two of my books 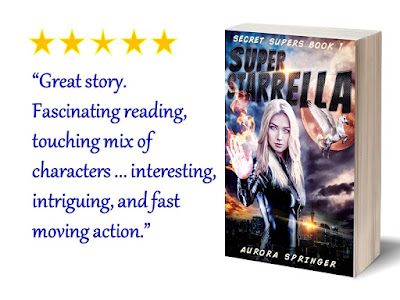 FREE - Super Starrella, Book 1 in Secret Supers
Fantasy Superhero Romance set in contemporary Atlanta
After Estelle Wright gains extraordinary powers in an accident, she juggles college classes and battling deadly monsters with the help of a sarcastic flying horse and a handsome biker with a ton of secrets.
Amazon  iBooks  B&N  Kobo  GooglePlay 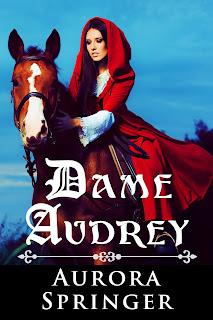 99c for Dame Audrey
Young widow seeks true love in vivid Medieval romance with a touch of fantasy. Can a magic brooch help Audrey evade the schemes to force her into wedlock or must she submit to a husband’s will?
Amazon  iBooks  Kobo  B&N  GooglePlay

Posted by Aurora Springer at 9:16 AM