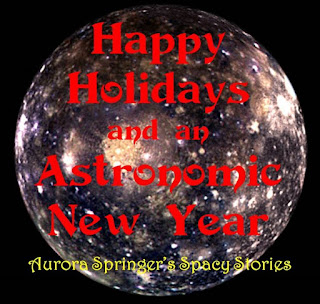 Here is the Introduction to my WIP.

“This is how we found her.” The city trooper gestured at the woman’s body sprawled on the grass behind the dumpster. “Nobody’s moved the body. We’ve taken all the photos. A purse was found eight feet from the body. No evidence anything was removed. Cash, credit cards, license, phone still inside.”
Frowning at the expression of terror frozen on the dead woman’s face, Detective Parkins muttered, “Not a simple theft turned ugly.”
“No, Sir.”
“When was the body found?” Parkins asked.
Consulting his notes out of habit rather than necessity, the policeman said, “A passerby called at 10:15am. Man toting a bag of trash to the dumpster. The dispatcher sent me here immediately and I called your office when I saw the wounds.”
His face glistening with perspiration, he offered an opinion, “Body’s stiff. She’s been dead several hours.” Looking straight ahead, the officer quoted from the forensic textbook. “Presumed cause of death is a severed carotid artery.”
Detective Parkins nodded. “I’ll wait for the report from Pathology.” He crouched on one knee to examine the corpse. Her skin was flaccid and dry. Blood had gushed from her neck, leaving red streaks on her pink shirt. He did not bother to touch the body. The skin temperature would hold no clues in the sultry heat of the Atalanta summer. Parkins grimaced. The irregular gash across her throat was horribly familiar.
Glancing at the officer, he noted the name on his badge. “Look at her neck, Officer Cagle. Seen anything like it before?”
With a grunt to acknowledge the Detective’s request, Cagle leaned over the body and frowned. “It’s strange, now you mention it. I didn’t notice at first. The cut appears to have been made by a weapon with a serrated edge. I’ve never seen a knife with serrations like that.” He stared at the detective in alarm and whispered, “What is it?”
“I’d love to know,” the detective assured him. Standing up, he made a fast decision. He warned, “Keep an eye on the streets. This case is the second death I’ve seen in three weeks with the same type of wound on the neck. He glowered at the startled officer. “We may be looking for a serial killer.”
“A serial killer,” the man repeated slowly. He shook his head and whispered, “With that weird slash, it may be time to call in the Secret Supers.”
“They’re an urban legend,” Parkins snapped.
The officer tilted his head and asked, “How long have you been in the city, Sir?”
“Six weeks on Monday,” Parkins replied, running his fingers through his thinning hair. His thoughts were elsewhere. He stepped aside and beckoned to the ambulance crew waiting with a stretcher. “Take her to the morgue. I’m ordering an autopsy.” Suppressing a shudder, Parkins guessed what the pathologists would find. A body drained of blood just like the first case. Maybe they did need the Secret Supers. Whoever, or whatever, they were.

Posted by Aurora Springer at 9:52 AM