Mom would have fits! Snippet from Super Starrella for #WeWriWa 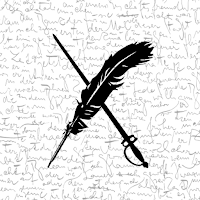 Welcome to another Sunday with Weekend Writing Warriors. Here, writers in different genres showcase their stories with 8-10 sentences. Join the fun and read our snippets.
Remember Toby – the tough gangster with the tattoo of a black cat leaping up his biceps? Estelle met him over the summer and heard his voice when she was pinned in a weird cylinder in the Veterinary Clinic. Estelle learns new aspects of Toby each time they meet.
Today, I’m continuing the scene where Estelle and her friend Diane bump into Toby at university. Read last week’s snippet here: http://auroraspringer.blogspot.com/2016/05/brainy-toby-snippet-from-super.html
Some of you took a dislike to Diane, yet she often has good advice, as in this snippet after Toby swaggers away to his class.
(Punctuated to fit.)

“I can tell he likes you,” Diane said, “men usually stare at me.”
“And ignore me; yes, I’ve seen them glued to your face,” Estelle teased, knowing she could never compete with Diane’s looks. It had been the same when they were at high school. All the guys gathered around Diane, and worse, sometimes they chatted to Estelle only because they wanted to be introduced to her beautiful friend. She hoped Toby was different, although she was suspicious about his presence at the sinister Clinic.
“Ask him to have lunch with you,” Diane urged, “or drive you home.”
“I couldn’t ask him to my house. Mom would have fits if she saw his tattoos,” Estelle said, nudging her friend.
Diane snickered, “Yeah. I can just imagine her frown of disapproval.” Soon they were both holding on to each other and giggling, just as if no serial killer was prowling the city streets. 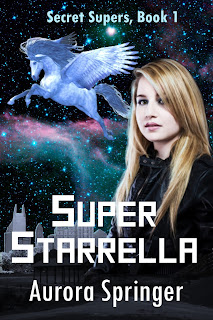 Blurb
Teen superhero, Starrella, and her flying horse tackle villains in the skies of Atalanta.
The quiet summer before her freshman year turns frighteningly weird after Estelle Wright trespasses onto an Army base. Blown into the air and knocked unconscious, she wakes with a nascent superpower. Not to mention a winged horse with a snarky attitude and a mind of her own.
Back home in Atalanta, a serial killer is targeting the students at Goldman University. Before long she must juggle college classes with sneaking out of the house after dark to battle alien monsters. Estelle’s life is in danger, but who can she trust: handsome Captain Copper from military intelligence, or hunky Toby, the tough gangster with a motorbike? Both men have secret agendas, but falling in love is not in their plans.
Young adult superheroes, quirky animal sidekicks, and a dash of romance enliven this thrilling adventure. Book 1 of the Secret Supers. 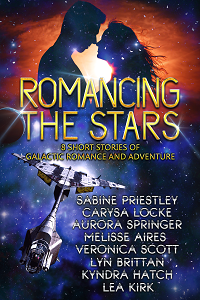 Romancing the Stars: 8 Short Stories of Galactic Romance and Adventure – Pre-order for 99c

As always, your comments are welcome. Please return to www.wewriwa.com to sample the works of the other writers.
Posted by Aurora Springer at 10:00 AM